My host's identity was fiction. The product of a character-building exercise in social media, and which, in her case, was our primary source of information. In reality, Marcy is a mentally-challenged woman living in the care of the state.Marcy Warton

Marcy Warton (Traveler 3569), played by starring cast member MacKenzie Porter, is the medic for the show's core team. The host body is a mentally disabled woman who works as a cleaning girl in a library. The fact that she was mentally disabled was unknown to The Director and others in the future due to fake social media profiles created as an exercise with her social worker David Mailer to help teach her about social media. The fake profile stated that she was a librarian and that David was a reporter doing research for a newspaper story.

Marcy was to have died at the hands of a group of hooligans as shown in the opening scene in the first episode, Travelers. In the scene, Marcy distracted the group from terrorizing a colleague who had just left work and as the group started to come for her, she fell on a staircase and bumped her head, knocking her unconscious. When she awoke and didn't see the group, she started to leave only to be met by the group who then started assaulting her. The consciousness transfer occurred and Traveler 3569, being trained in hand-to-hand combat, was able to beat them off in spectacular fashion. The fight was recorded by CCTV which was seen by Police Officer Jeff Conniker, the estranged father of fellow traveler teammate Carly Shannon's child, who begins looking into Marcy.

At some point, traveler 3569 went through medical training as well as training for the traveler program.

She was separated from her brother when they were young and remembers that her brother had night terrors, which led her to believe that Luca may be her long-lost brother.

Prior to working as a cleaner, Marcy lived in a ward in a hospital which was known for being abusive towards its residents right up until its closure. (Travelers)

It's later revealed that rather than having lived there her entire life, she'd worked there with Vincent Ingram, who deceived her about the treatment room and promised her "a lot of money" for her to help. She took up this offer and regretted it as soon as she saw the machine in the room, but she was physically forced into the machine. It caused memory loss and brain damage, which ended in her being a resident there, now having apparently developmental issues.

Sometime later, presumably around the time the ward closed, Marcy was abandoned. She was taken to a street full of homeless people. As she wondered around, she bumped into David, who helped her. He looked after her as a social worker, getting her a part time job as a library cleaner and a small, subsidized apartment. He also visited her on a regular basis. It's clear Marcy liked David and wanted him to be her boyfriend, though he said that was inappropriate.

David also revealed that the hospital she'd been living in had no record of her ever being a resident there. This is probably the reason why the Director wasn't aware of mental disability. (21C)

Traveler 3569 was transferred into Marcy's body on the same night as the rest of the team, apart from Grant MacLaren. She defended herself against the attackers who were historically supposed to kill the host. She then walked home.

In the morning, David comes to visit her and she answers the door naked. After getting dressed, David takes her to the doctor due to the cut on her head and the fall from the previous night. On the bus ride to the doctor's office, David said that it's 'reading out-loud day' and begins to pull out a children's book but Marcy reads an article in the newspaper instead. This confuses David and the doctor who she was visiting and the pair argue over if it's a medical miracle or if Marcy was faking her disability all along. Marcy then has a seizure and is taken to hospital, but leaves as soon as she realizes where she is.

She goes to the abandoned building where she meets her team in the 21st century for the first time and helps to explain to Grant, the host, what they are in the moments before he dies. She also helps to stop Jonas Walker's shooting rampage. (Travelers)

Marcy goes back to David's after completing the mission. He wants her to go to the doctor but she refuses saying she is one and explaining what happened to her. He gives her a phone and she leaves to meet with Philip, finding that the team leader they're supposed to meet died of an overdose within seconds of arrival.

Later, she notices Philip sweating, and later shaking, and realizes that his host was a heroin addict, not a one-time user (which his parents had reported upon his death). She later confronts him about it, as well as the fact that her host was, in fact, mentally disabled and her whole social profile was fictitious, and tells him to continue taking heroin in small, controlled doses. (Protocol 6)

Because of the host's mental disability, Marcy knew that she was going to continue having seizures and die fairly soon. Traveler 0027 (Grace Day) says that she would be able to reboot Marcy's consciousness, which would allow her to continue living but would also remove some of her memories, including all the ones she'd created as Marcy. Marcy debates going through with it and wants to at least talk to David before she goes through with it. However, 0027 performs the reboot on her before she could meet David. The rebooted 3569's team briefs her on what had happened, but know that she wasn't the same. (Marcy)

Marcy goes to some trouble to try to remember what she'd forgotten when she was overwritten. She connects herself to a monitor and bathes in a bath of ice attempting to bring herself to the edge of death since almost dying caused Grant to witness his host's memories. Here, she begins to remember what happened when host Marcy was still alive: how she worked in the hospital ward with Vincent Ingram and where Simon was also a patient; how she was forced into the machine which caused her brain damage; how she became a patient in an abusive hospital where Vincent would give her “treatment”; and how she was eventually abandoned, which led to her bumping into David on the street who began looking after her. She also remembers small parts of her relationship with David pre-reboot. The ice bath causes her to have a seizure, from which Carly rescues her. (21C)

Traveler 001 wants to take the code out of Marcy's head in order to stop the Director from existing, therefore ensuring that the future is control by humanity and not a computer. He kidnaps Marcy to do so and then takes her to Ilsa but before he's able to extract the code, she kills herself to prevent him from getting it. (Protocol Omega)

After the timeline is reset, Marcy (host) is seen in a bus talking to David while on her way to work at a new hospital as she didn't like the last one she was at. The scene implies that Traveler 001 was never sent back, preventing her from ever getting the brain damage from Traveler 001's machine in the first place. (Protocol Omega) 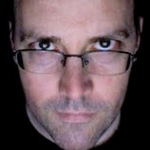