David Mailer, played by starring cast member Patrick Gilmore, is Marcy Warton's social worker. He is one of the very few regular characters who hasn't been overwritten by a traveler at some point during the series.

He is a social worker who looks after more people than he officially has to. One is Marcy, and many are homeless. He truly cares for them, which means that he often buys them things out of his own pocket. He spent the money he won in the lottery on things for them.

He had been looking after Marcy for about a year prior to her being overwritten by Traveler 3569.

He first met Traveler 3569 after seeing Marcy for an arranged meeting. He worries because he sees the cut on her head from her fall, so he takes her to the doctor. David and Marcy take the bus. He wants her to read. While pulling out a children's book, Marcy begins to read the newspaper, which surprises David. He believes that it's a medical miracle that Marcy no longer has intellectual disabilities though the doctor believes that it was more likely she faked the disability, and the head injury made her forget who she was pretending to be. He allows Marcy to stay with him after she has a seizure. (Travelers)

David wants to take Marcy to the hospital but she refuses, knowing what's happening to her. He gives her a phone and calls her when he sees the plane crash that she'd predicted, but writes it off as FBI business. (Protocol 6)

Against Marcy's advice, David goes out of his way in order to help the people he works for. He ends up serving food at one of the local homeless shelters. (Jenny) (U235)

After surviving the kidnapping perpetrated by 001, David begins working out more and training to be more useful in the future and better prepared to deal with similar situations like Marcy's. He purchases a gun, and Marcy agrees to teach him how to use it. Later, she also teaches him the basics of fighting and "how to flip people."

In the episode (Archive), David lets Jeff Conniker (5416) and an injured traveler A18 into his house to use Marcy's medical kit. After patching up A18's wound they tell David to grab his gun and assist them in securing the Archive. En route, A18 activates Protocol Epsilon and upon arriving, she and David go into the Archive while 5416 awaits either backup or The Faction. Inside, David and A18 begin loading blood bags laced with nanite-encoded DNA into bags to transport to a new Archive. Gunfire begins to go off outside and soon after A18 is shot in the head, fatally killed. David is then gunned down and suffers many wounds to his chest and abdomen. In a stroke of luck, the number of nanites in the blood bags he was carrying at the time was enough that his bullet wounds were instantly healed. The Faction left the area after planting a nuclear bomb in the Archive and locking the bomb, an unconscious David, and a dead Archivist 18 in the Archive.

Upon regaining consciousness, he finds himself locked in the Archive and gets contacted by Marcy via a comm she had secretly injected him with. MacLaren's team arrives on site, and Marcy gets David to patch the team members into his comm. With the bomb set to go off in minutes, Trevor and Philip coach David in disarming it. He removes the casing with a knife found on A18's body and cuts the wires. Unfortunately, David does not short circuit the wiring in time, and the bomb activates. Trevor yells for David to pick up the core of the bomb and throw it onto the floor, which he does and leaves him with severe burns on his hands. Unbeknownst to David, he just received an extremely lethal dose of radiation.

Knowing that only a lot of nanites from a doctor traveler team (D team) can save him, Marcy takes him back to ops. However, a D team never arrives and David continues to deteriorate, drifting in and out of sleep. His subconsciousness puts him back in his flat where the team thank him for what he's done for everyone and explain who they are to him. In the base, Marcy says that she loves him just before the Director turns him into a messenger saying 'Protocol Omega' which ultimately kills him. (David)

David is seen by Philip, since Philip can see multiple timelines which includes ones in which he survives. He's shown to live a happy life with Marcy. His last appearance in Version One was in Philip's vision where he's celebrating with Marcy because she's pregnant. (Protocol Omega)

Traveler 3468 went back in time to before Traveler 001 arrived and sent a message to the Director that the Traveler program would ultimately fail. This caused the Director to never send the first Traveler and to reboot the timeline to a time before travelers. This caused everything that happened in the three seasons to not actually happen, including David's death. The final shot of the season is David meeting the original Marcy on a city bus heading to work, a callback to before Marcy was altered by Traveler 001. 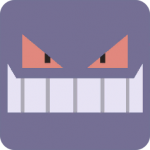